If you are researching negative ion generators you may have found litte good, in-depth information out on the web. Our website is here to change that. In order to do that we need to start at the beginning.

What is an ion? 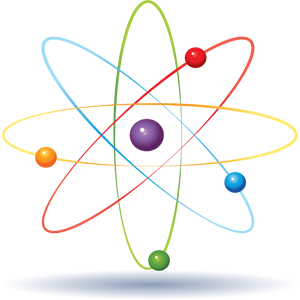 An ion (pronunciation with emphasis on o) is an electrically charged atom or molecule, or a group of atoms with an electrical charge, a so-called polyatomic ion. An ion can be positively or negatively charged by a deficiency or a surplus of one or more electrons, respectively.

In physics and astronomy one usually considers isolated atoms or molecules; in chemistry and biology the charged atoms and molecules are usually in an aqueous solution (electrolyte).

When a group of interconnected atoms carries a charge, it is referred to as a compound or polyatomic ion, for example the ammonium cation (NH4+) or the residual acid anion SO42-. When, from uncharged atoms, ions are formed, one speaks of ionization.

What is an ionizer?

An ionizer is an electric air purifier that sprays electrons or negatively charged ions under high voltage using a needle into the air. An ionizer produces 20,000 to a few million ions per second, and works best at 20°C and 45 and 60% humidity.

How does a negative ion generator work?

On the needle of the ionizer a few thousand Volt is placed so that the electrons easily jump off the needle. The current and thus the power of the ionizer is so low that it is harmless to touch this needle, which always has a housing around it.

What do the ions do?

The electrons or negative ions attach themselves to oxygen molecules. The charged oxygen molecules attach to dirt and dust particles in the air, making them heavier than normal air and precipitating in the environment.
Ions in the outside air

Indoors, the amount of negative ions can drop sharply, to 0 to 50 per cm3. Plastic surfaces, computers, fluorescent lighting, house dust and modern building materials produce a lot of positive ions. This and poor ventilation results in a surplus of positive ions which causes complaints such as a dry throat, blocked nose, fatigue, flu-like feeling, headaches and more.

Read more on how to achieve a Healthy Ion Balance

Quantity of ions and their effect

The number of negatively charged ions has the following effects:

The more ions an ionizer produces, the more effect it has. For example, 1 m3 air is 100 x 100 x 100 cm = 1,000,000 cm3 air. In 1 cm3 there are 5000 or more ultra fine dust particles. These can only be controlled if the ionizer produces very many ions per second or if the air purifier with ionizer also has a HEPA (High-efficiency particulate air) filter.

An ionizer effectively breaks down unpleasant odors, bacteria, viruses and harmful gases such as formaldehyde. This happens because of the small amount of ozone that the ionizer produces. Most ionizers produce 0.05 ppm ozone, the maximum allowed value.

The large amount of negative ions produced by the ionizer adheres to dirt particles such as pollen, allergens, house dust mites, fungi, fine dust so that they become heavier than normal air and precipitate into the environment. The horizontal surfaces can be wiped off with a damp cloth to remove dirt particles from the room. The damp cloth unloads the ionized dust so that it can be wiped off easily.

Read more on how Negative ions affect your health

Most ionizers produce a small amount of ozone. The electrodes or negatively charged ions can pull the oxygen molecules apart instead of adhering to them. A loose oxygen atom can then form the ozone molecule with 2 other oxygen atoms.

When the high voltage under which the electrodes are sprayed into the air is not too high, the process of ozone formation can be reduced or prevented. There are ionizers that are completely ozone free, but these ionizers have little effect on the breakdown of bacteria, viruses and unpleasant odors.

The maximum amount of ozone that an air purifier or ionizer is allowed to produce is 0.05 ppm. The California Certified Air Cleaning Devices organization approves ionizers for low ozone emissions and electrical safety. The approved air cleaners are listed.

Long-term inhalation of air with an ozone content of 0.05 ppm is unhealthy. Therefore, when using an ionizer that is not ozone free, it is strongly recommended to ventilate the room through vents, air flaps or a window ajar, and to air the room for 5 to 10 minutes a day through an open window.