Ions are electrically charged particles. They are created when a negatively charged particle, an electron, is taken from or added to a molecule or atom. Technically speaking ionization is this process in which an atom or molecule loses or adds an electron from an uncharged state and as a result turns into an ion. Ionisation is not a spontaneous process but is generated with energy. 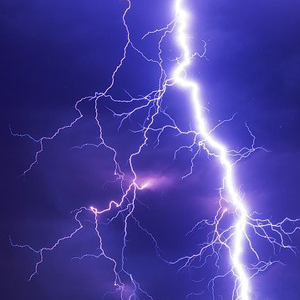 The natural amount of ions in the air fluctuates constantly, but varies from about 500 to 12,000 ions per cubic centimeter. Climatological conditions influence the amount of ions present in the air. Indoors, these quantities can decrease significantly. Our modern houses and offices keep negative ions out and force us to live in unhealthy environments. Computers, fluorescent lighting, ventilation systems and modern building materials produce an abundance of positive ions.

Especially people with sensitive airways or asthma often have fewer complaints when staying in places where the air contains a lot of ions, such as in the mountains. Negative ions in particular are conducive to well-being and health. The French physicist J. Bricard was the first in the 1950s to see the relationship between the electrical state of the air and micro pollution.

Negative ions enter our body through our skin and lungs and are transported by our blood throughout our body. Studies have shown that negative ions relieve asthma and hay fever complaints. Negative ions reduce winter depression, fatigue and headaches without the side effects that medication can have for the same symptoms.

Negative ions also have a positive effect on our metabolism. In general, negative ions increase the supply of oxygen to the brain. This results in a higher alertness, less drowsiness and more mental energy. Negative ions affect our ability to absorb and utilize oxygen.

Negative ions have a proven positive effect on: