While ozone is a toxic substance to humans, there are several commercial applications for this gas. It is used among other things to clear out smoke in burned buildings but also in the farming industry and as commercial disinfectant for killing bacteria and viruses.

Ozone is a single molecule of the element oxygen, with the gross formula O3. At standard temperature and pressure, ozone is a colorless to light blue gas with a characteristic pungent odor. In liquid form it is dark blue. The melting point is -193 °C and below that, ozone is a dark blue solid. The molecule has a curved molecular geometry, with a binding angle of 116.8°. Ozone is a strong oxidizer, meaning it is extremely flammable. 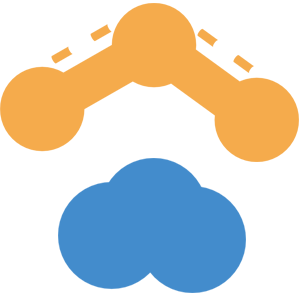 Ozone was discovered by Christian Friedrich Schönbein in 1840. Werner von Siemens invented the ozone generator, which can be used to make ozone on an industrial scale through electrostatic discharges. The name comes from the Greek "ozein" (ὄζειν), which means to smell. This refers to the characteristic smell of the gas. Ozone is an important component of air pollution, originating in photochemical smog.

Ozone in the atmosphere

Ozone is formed naturally in the atmosphere under the influence of electrical discharges (such as during thunderstorms) and by ultraviolet radiation with a wavelength below 240 nm in the upper layers of the atmosphere (the stratosphere). Initially, oxygen breaks down into two reactive oxygen radicals.

In the stratosphere, ozone is highly desirable because it forms a layer there (the ozone layer) and blocks the sun's harmful ultraviolet radiation. It undergoes photolysis under the influence of UV light:

If this ozone layer were to disappear into the stratosphere, more UV light would reach the earth's surface, making life on earth more difficult: there would be more skin cancer, damage to chlorophyll and microflora, such as smaller organisms (plankton).

The ozone layer can be affected by synthetic gases, such as old-fashioned propellants from aerosols and auxiliary gases from refrigerators and air conditioning systems. Especially the various chlorofluorocarbon compounds (CFCs) are major culprits. The depletion of the ozone layer is most clearly expressed in the hole in the ozone layer over Antarctica, which increases in early spring.

For this reason, CFCs are banned under the Montreal Protocol, which came into force on 1 January 1989. Therefore refrigerators, air conditioners and aerosols no longer contain CFCs. The harmful effect of CFCs is based on the fact that these gases easily break down fluorine and chlorine radicals, which break down ozone in a similar way to UV light.

Hydrocarbons, carbon monoxide and nitrogen oxides are mainly emitted by car traffic. The mixture of these substances with ozone is called photochemical smog. The ozone that is formed affects lung tissue in humans and animals, and in plants it inhibits growth and damages the leaves.

Ozone in the stratosphere therefore protects the biosphere, while ozone in the troposphere is harmful.

Commercial Applications and Use of Ozone

Ozone has a disinfecting effect and is used, for example, to disinfect drinking water. The advantage in comparison with dichlor, for example, is that it leaves no taste in the water. Ozone is also used to disinfect spring water, swimming pool water and surfaces that come into contact with food, to remove traces of yeasts from air (important when food is packed), to clean and bleach substances, to deodorize interiors and materials after a fire and to remove unwanted harmful substances (e.g. herbicides) from water.

In intensive fish farming and aquatic logistics, ozone is used as a disinfectant and for decomposition of fish waste products. It is also applied as an oxidizer in soil remediation (C-sparge) of organic pollutants (e.g. BTEX or trichloroethylene). Ozone is still used for medical purposes, especially in Cuba it is used in the fight against cancer.

Ozone is a toxic compound. It is unhealthy to breathe ozone for long periods of time, even in low concentrations.

When heated, ozone decomposes into oxygen gas, which increases the risk of fire. It is a strong oxidizer, which reacts violently with flammable and reductive substances. Ozone reacts with olefins, aromatics such as aniline, ethers, dibromo, nitrogen compounds and rubber, creating shock-sensitive substances. It attacks all metals except the precious metals iridium, gold and platinum.

Ozone can be absorbed into the body by inhalation. Damaging concentrations of this gas in the air are quickly reached when released. Ozone is irritating to the eyes and respiratory tract. Inhalation of the gas can cause pulmonary oedema and can cause asthma-like reactions. Ozone can have effects on the central nervous system, causing headaches, weakened alertness and performance.

Copying equipment that works with laser technology instead of ink and laser printers produce ozone. The quantity of one device is about the same as that of a burning cigarette. They are therefore best placed in a well-ventilated separate room. In copying machines and laser printers nowadays filters with activated carbon have been placed that capture a lot of ozone.

The symptoms of pulmonary oedema often only become noticeable after a few hours and are aggravated by physical exertion. Rest and medical monitoring are therefore necessary. Immediate treatment by a physician or a person authorized by the latter, with appropriate medication for inhalation should be considered.

The symptoms of asthma often only become noticeable after a few hours and are aggravated by physical exertion. A person who has shown signs of asthma due to the substance should never be exposed to it again. The lungs can be severely affected by repeated or prolonged exposure to ozone.